Thomas E. Skilton is a partner in Cameron LLP’s corporate and international trade practice groups and is based in Washington, D.C. He also serves as Managing Partner of the law firm.

Mr. Skilton’s corporate practice focuses on representing clients in mergers, acquisitions, joint ventures, financings, privatizations, and other transactions. His clients range from large multinational corporations to small entrepreneurial businesses, and his industry sector experience ranges from agriculture and processed foods to telecommunications and technology. Mr. Skilton has extensive experience in international business transactions and has spent considerable time working with Latin American, European and Asian companies and operations. He is fluent in Spanish. In recent years, Mr. Skilton has represented a telecommunications development company in connection with its acquisition of controlling interests in over US$7 billion of European cable television assets and its conversion of those assets into a broadband multimedia network; a Fortune 500 company in connection with the divestiture of its worldwide semiconductor manufacturing operations valued at US$1 billion; banks, borrowers and third party guarantors in connection with an aggregate several billion U.S. dollars in financings; and governments around the world in connection with their restructuring and privatization of state-owned enterprises.

Mr. Skilton’s international trade practice focuses on counseling and representing producers and importers of a variety of products including agriculture, chemicals, and steel products subject to regulation by the U.S. Government, most notably in proceedings before the U.S. Department of Commerce, U.S. International Trade Commission, U.S. Court of International Trade, and U.S. Food and Drug Administration.

In addition to his transactional and trade-specific practices, Mr. Skilton serves as general counsel to several companies and non-profit organizations. In this capacity, he oversees and advises boards and executives on all legal matters.

Mr. Skilton has served on the Steering Committee of The International Gateway, a joint venture of the Greater Washington Board of Trade and the Ronald Reagan International Trade Center in Washington, D.C. and as a member of the Western Hemisphere Task Force of the U.S. Chamber of Commerce. He also serves as General Counsel of the Maryland Public Policy Institute. In 2016, he was appointed by the Governor of Maryland to serve on the Governor’s Intergovernmental Commission for Agriculture.

Received the highest ranking for legal ability and professional etthics from the Martindale-Hubbell Peer Review Ratings. 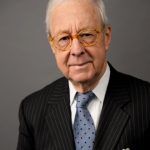