From 1978-1980 Mr. Sierck served as Director of Trade Policy in the Antitrust Division of the U.S. Department of Justice, where he was actively involved in the Tokyo Round of Trade Negotiations and in drafting U.S. implementing legislation and regulations, particularly in the areas of antidumping and countervailing duty law.

Mr. Sierck is also an Adjunct Professor at Georgetown University Law Center, where he teaches a course on international white collar crime. Mr. Sierck has lectured frequently at bar association and business programs in the U.S., Canada, Europe and Latin America. He has also written numerous articles for legal and business publications, including a recent article on international trade policy issues, published in 18 Michigan Journal of International Law 713 (Summer 1997). Mr. Sierck has served as chairman of the International Law Section of the D.C. Bar. He is listed in Who’s Who in America and Who’s Who in American Law.

Mr. Sierck is a member of the Board of Directors and former chairman of University Legal Services, a D.C. non-profit agency providing representation to the poor in the areas of housing and mental and physical disability law. He also has served as a member of the board and treasurer of the Capital Area Immigrant Rights Coalition.

Received the highest ranking for legal ability and professional etthics from the Martindale-Hubbell Peer Review Ratings. 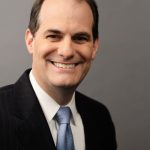 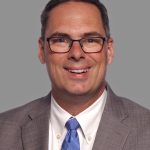